Michael Moore was born in Flint, Michigan, and attended Catholic schools, including a year in the seminary, which he says accounts for his healthy respect for the fires of hell that he believes to be located somewhere just outside Crawford, Texas. He was an Eagle Scout, Newspaper Boy of the Week, and, at 18, the youngest person ever elected to public office in the state of Michigan. Moore is the Oscar and Emmy-winning director of the ground-breaking, record-setting films "Roger & Me," "Bowling for Columbine," and "Fahrenheit 9/11," which also won the top prize at the 2002 Cannes Film Festival and went on to become the highest grossing documentary of all time. It became the first documentary ever to premier No. 1 at the box-office in its opening weekend. Film Comment called it "The Film of the Year." His 2007 documentary, "Sicko" is self described as, "a comedy about 45 million people with no health care in the richest country on Earth." Moore investigated American health care horror stories, focusing on large American pharmaceutical companies, the corruption in the Food and Drug Administration, and even brought injured 9/11 rescue workers to Cuba to receive treatment. Moore also earned the label of America's No. 1 selling nonfiction author, with such books as "Stupid White Men and Other Sorry Excuses for the State of the Nation," and "Dude, Where's My Country." No other author has spent more weeks on the New York Times hardcover non-fiction list from 2002-04 than Michael Moore. "Stupid White Men" was also awarded Britain's top book honor, "British Book of the Year," the first time the award has been bestowed on an American author. Moore has two additional books published by Simon and Schuster: "Will They Ever Trust Us Again: Letters from the War Zone," which is a compilation of letters he has received from soldiers in Iraq and from their families back home; and "The Official Fahrenheit 9/11 Reader," which contains loads of backup materials for the film, plus essays, and the film's screenplay. In addition to winning the Academy Award for "Bowling for Columbine," Moore won the Emmy Award for his NBC and Fox series, "TV Nation" and was also nominated for his other series, "The Awful Truth" (which the L.A. Times called "the smartest and funniest show on TV.") Moore also wrote and directed the comedy feature "Canadian Bacon" starring the late John Candy, and the BBC documentary, "The Big One." He has directed music videos for R.E.M., Rage Against the Machine, Neil Young, and System of a Down. His other best-selling books include "Downsize This! Random Threats from an Unarmed American," and "Adventures in a TV Nation," which he co-wrote with his wife Kathleen Glynn. His books have been translated in over 30 languages, and have gone to #1 in Italy, Germany, France, Japan, Great Britain, Australia, Ireland, and New Zealand. Moore lists his hobbies as reading, gardening and removing President Bush from the White House. 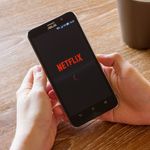 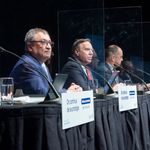 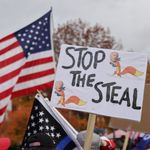 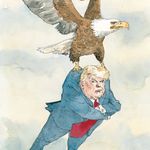 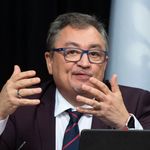