www.taylorswift.comMichael Coppel Presentswww.coppel.com.auEva Rinaldi Photography Flickrwww.flickr.com/evarinaldiphotographyEva Rinaldi Photographywww.evarinaldi.comMusic News Australiawww.musicnewsaustralia.com" data-caption="Taylor Swift Speak Now Tour Hots Sydney, AustraliaYou might have heard that Taylor Swift was spotted taking in the view of Sydney yesterday, including even catching a harbour cruise with her friends and family.Taylor is currently on tour in Australia, and has been hard to spot as she's been doing the rounds.The Aussie press spotted her boarding a boat in Sydney Harbour for an evening cruise.Taylor's first Sydney took place tonight at a jam packed Allphones Arena.The costumes and set were amazing, as a largely teenage girl audience of 14,000 or so cheered and screamed to their teen idol.Taylor seemed to love playing to the full Allphones Arena, playing five different guitars, two banjos, the piano and a ukele. We also counted at least four different costume changes.The country music icon is known for writing "13" on her hand before each show because it's her lucky number. Dozens of '13' signs were in the crowd, and some young ladies wrote it on their bodies also.Taylor told the press "I was born on the 13th. My first album went gold in 13 weeks. My first No.1 song had a 13-second intro and every time I've won an award I've been seated in either the 13th seat, the 13th row, the 13th section or row M, which is the 13th letter," she has previously said.We wish Taylor well on her amazing career to date and hope she enjoys the rest of her tour and stay in Australia.PromoPresented by: MICHAEL COPPEL, CMC & [V] HITS and SPONSORED BY COVERGIRL, JOHN SANDS & WONDERSTRUCKTaylor Swift to bring blockbuster 'Speak Now' world tour to Australia in 2012With Special Guests: Hot Chelle RaeTaylor Swift, who is currently headlining sold-out stadiums and arenas on the North American leg of her blockbuster TAYLOR SWIFT SPEAK NOW WORLD TOUR 2011 has announced that in response to strong fan demand she will extend the tour into 2012 with capital city dates around Australia.The four-time GRAMMY winner's SPEAK NOW performance is a two-hour theatrical presentation, reminiscent of a Broadway experience. The show features elaborate costumes, dancers, aerialists, changing sets, and innovative choreography and instrumentation showcased on a multi-level stage.Taylor plays five different guitars in the show, plus two banjos, the ukulele and the piano, and changes costumes nine times over the course of the evening. During the concert she moves right around the venue, using different stages, thereby giving every audience member a great seat.Taylor's Speak Now tour has earned high praise from top critics around the world: "One of the genre's most ambitious acts has created one of the genre's most ambitious tours. Broadway-inspiredâ¦the two-hour production was an overwhelming experience." - BillboardTaylor's 2011 Tour includes 98 shows in 17 countries spanning three continents, and her Speak Now album is the #1-selling album in all genres of music over the past twelve months.TOUR DATES*:Fri 2 Mar - Burswood Dome, PerthSun 4 Mar - Adelaide Entertainment CentreTue 6 & Wed 7 Mar - Brisbane Entertainment CentreFri 9 & Sat 10 Mar - Allphones Arena, SydneyMon 12, Tue 13 & Wed 14 Mar - Rod Laver Arena, MelbourneThank you Taylor, and also to your wonderful team who have assisted us so much lately.WebsitesTaylor Swift official websitewww.taylorswift.comMichael Coppel Presentswww.coppel.com.auEva Rinaldi Photography Flickrwww.flickr.com/evarinaldiphotographyEva Rinaldi Photographywww.evarinaldi.comMusic News Australiawww.musicnewsaustralia.com" data-credit="Eva Rinaldi Celebrity and Live Music Photographer/Flickr"> 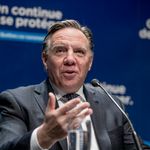 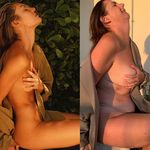 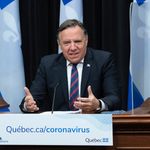 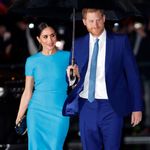 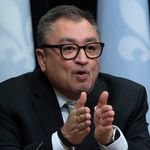 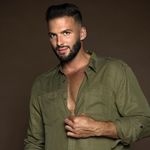